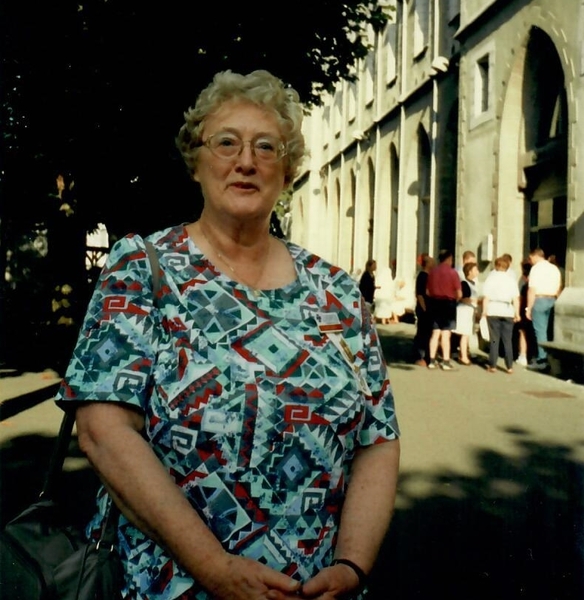 From Felicity's eulogy, with thanks to Kevin Callaghan

Dr Felicity Knight, who has recntly died, was born in Birmingham on 28th March 1930, the first child of Adolphus and Mary Knight - better known as George and May. She was followed four years later by her brother Michael, and the two siblings were to form a close and unbreakable bond. George and May, both teachers, brought up their two children with a strong devotion to the Catholic faith and encouraged in them a love of learning and travel.

Felicity was only nine years old when war broke out in 1939. She was a dedicated student from a young age and went on to attend St Paul's School for Girls in Edgbaston, where she won many prizes for her academic achievements.

In 1948, at the age of 18, she made one of her first visits abroad, travelling to Paris as part of a French exchange. In her journal from the time, she recounts passing Wembley Stadium on the way there, trying to get a glimpse of the Olympic torch, and later wrote about the delights of sampling Madeleines and ice cream in Paris. . . not to mention the coffee! This was the start of her love of travel and wherever she went she was always keen to learn about the history and culture of the places she visited. Perhaps it also had something to do with her lasting love of cake, coffee and Cointreau! On many of her vacations at home and abroad she was accompanied by her family and in later years she and her brother, Michael, were to travel the world together.

1948 was also the year that Felicity began her studies at Birmingham Medical School and, by the following April, she was elected to the council of the Union of Catholic Students (the UCS). She was a hard worker, attending study schools and lectures during her Easter and summer breaks, and travelling to regional UCS conferences in Europe and at home. Her Catholic faith was always dear to her heart and Paris was again her destination when, in 1951, she made her first journey by plane, this time attending the International Congress of Catholic Doctors.

In February of 1959 Felicity's brother Michael was ordained - a great sense of pride for her, and that same year she attended a dinner at the House of Commons as a member of the Newman Association. She and Michael remained close throughout their lives and when he sadly died in December 2011, his passing left a big hole in her life.

Until the late 1950s Felicity lived with her parents in Hall Green, Birmingham. After her graduation in 1953 she began her career as a doctor at Birmingham's Dudley Road Hospital, and by 1961 had taken up a post at Alder Hey Children's Hospital in Liverpool, specialising in paediatrics. Her career progressed and she took on roles as consultant at Whiston Hospital and later as Consultant in Children's services in St Helens. Testimonies from those for whom she cared in her professional roles state that she was a fierce and formidable champion of the rights and needs of her patients and clients, often taking on and succeeding against the bureaucracy of those agencies who sometimes said no to those needs.

But her commitment to helping others wasn't confined to the UK. 1966 marked the start of what became one of her life-long passions, when she made her first trip to Lourdes providing medical care to pilgrims especially the children who used to travel with the Pilgrimage in those days.

Eventually she succeeded Dr Pilling as Chief Medical Officer to the Archdiocesan Pilgrimage, a post which she held for a long period of time and, again, a role to which she devoted her considerable professional talents. She clocked up many miles at home visiting those who had applied to go to Lourdes from around the Archdiocese. She became a founding member of the Lourdes Medical Association in the UK and the Lourdes International Medical Association. Many of us here will have met Felicity for the first time on pilgrimage and will have shared her company when she was off duty in one of the many Lourdes cafes where she enjoyed the odd glass of wine or, of course, coffee and cake!

Further afield, her passion for helping disadvantaged people is clearly witnessed by her support for initiatives in Africa, where she donated to missions and organisations such as Mary's Meals and Network for a Better World in Malawi, and supported the work of her friend Professor Anne Merriman, founder of Hospice Africa UK. No wonder she was chosen to be God Mother to many children around the world.

Closer to home, Felicity worked with many special schools for children, for example, Arncliffe Special School. This is what the staff at that school said about Felicity. "Dr Knight had two roles in the school, the school Doctor and the Chair of Governors. She had a great knowledge about special needs both medical and educational. She held this role for many years and so knew the families of the pupils and was always sympathetic to the needs of the whole family. She was passionate about their needs and their education. At first sight she appeared very formidable until you got to know her, but she was really kind with a warm sense of humour. As Chair of Governors she was very 'hands on' turning up to special assemblies, sports days and plays. She took a real interest in what the pupils were doing in class and they enjoyed showing her their work. She also came to staff training days. She joined in whenever she could which included beating out rhythms on a huge glockenspiel with great gusto or supporting new initiatives for pupil learning. She was a wonderful Chair of Governors who was also a kind and supportive person who took her duties very seriously. She was a great champion of special needs pupils and their families, a truly Christian woman who helped to improve the life chances of many vulnerable children."

Felicity was a loyal friend and those of us lucky enough to know her were also aware what a great sense of fun she had. When she wasn't studying, working, travelling the globe, or organising and taking trips to Lourdes, she was a great conversationalist, and loved walking, swimming, playing table tennis, dancing, listening to classical music and opera (Glyndbourne was a particular favourite) and, of course, . . . coffee and cake!

After her retirement she continued a full and active life in the church, as the paediatric medical advisor within the Archbishop's Safeguarding Commission and as a trustee and director of the Catholic Blind Institute.

When, in 2018, she suffered a stroke, she moved from her flat to a room in Christopher Grange, a residential facility run by the Catholic Blind Institute, where she had been appointed a board member in 2004. She marked her 90th birthday there during the first lockdown and though she survived a bout of COVID virtually symptom free, she greatly missed seeing her friends and taking part in the liturgy that had been such a huge part of her life. We are grateful to the staff at Christopher Grange for taking care of her over the past three years.

Today, as we gather to say our farewells to a talented and generous woman who used her many gifts in the service of others, we may be sad that she's no longer here among us, but we can smile with gratitude for the life she lived and the legacy she leaves behind. 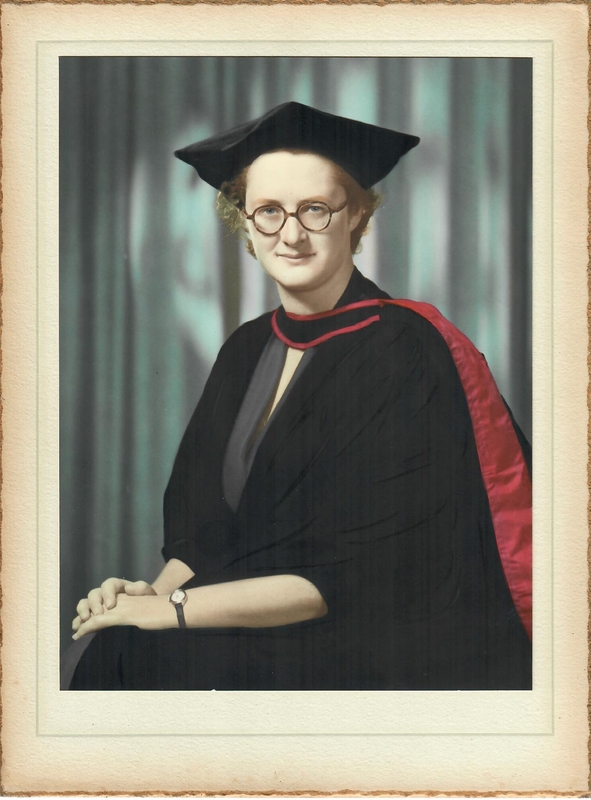 The Lourdes Sanctuary regularly updates the Health Charter that they have developed to combat Covid-19.…

In response to the clear need for quality training for all lay helpers on pilgrimages,…